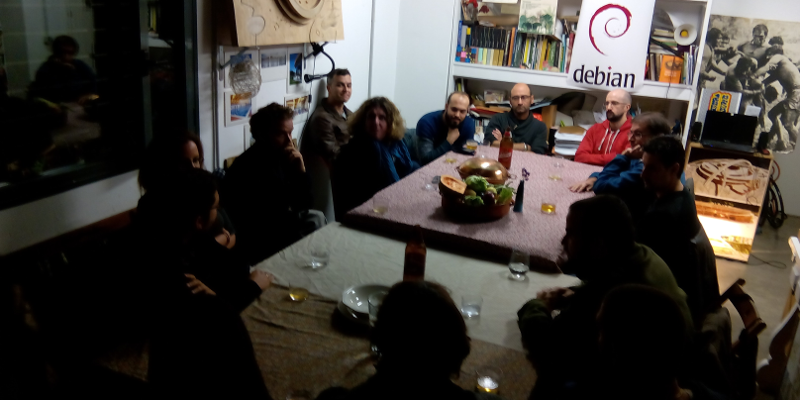 Last week we had an interesting Debian meeting in Seville, Spain. This has been the third time (in recent years) the local community meets around Debian.

We met at about 20:00 at Rompemoldes, a crafts creation space. There we had a very nice dinner while talking about Debian and FLOSS. The dinner was sponsored by the Plan4D assosiation.

The event was joined by almost 20 people with different relations to Debian:

I would like to thank all the attendants and Pablo Neira from Plan4D for the organization.

I had to leave the event after 3.5 hours of great talking and networking, but the rest of the people stayed there. The climate was really good :-)

Looking forward to another meeting in upcomings times!